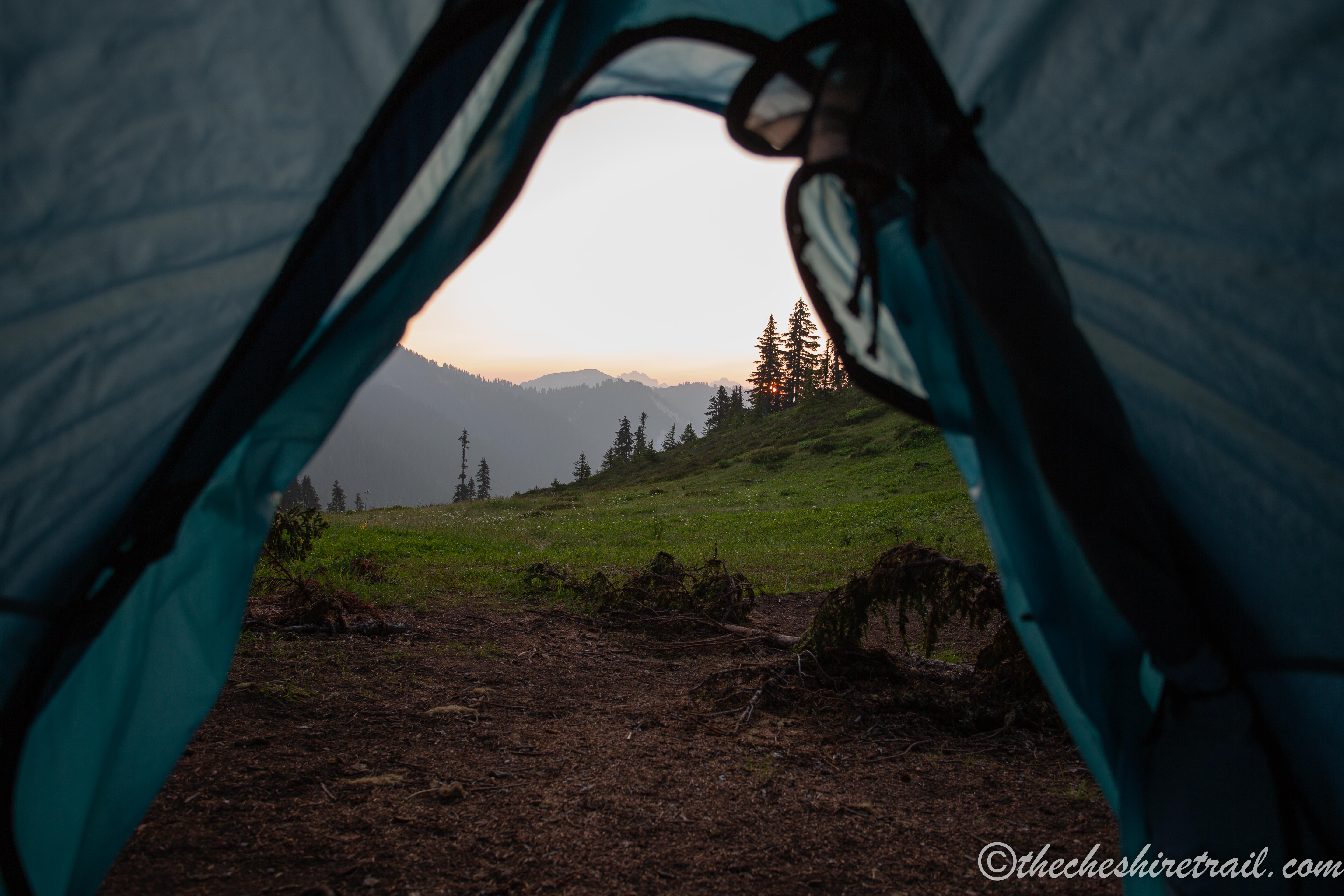 The past few weeks, I had been prefacing almost every sentence with “If I make it back alive from the mountains…”. It was to be my first backpacking trip, up in the mountains, with strangers. I had never met these people before, only talking online or by text message. It was to be an adventure in more ways than one.

I was to be carpooling with a fellow camper who lived in my neighborhood. Then we were to meet at our group leader’s house where we were to ride together to the ranger station, pick up our camping permits, then head to the trailhead to start the grand adventure.

There were quite a few cars parked at the trailhead. Some were already parked on the side of the road. We had a group selfie to commemorate the start of our trip and then we were off.

The trail led through tree-covered areas and mountainsides covered in brush. There’s a river that runs alongside the trail. I could hear it constantly but could only see it every now and then. The river was at the base of the mountain and we were high up above it.

I have been day-hiking for years now but this would be my first trip carrying a heavy pack. I am slow enough as it is with just a day pack and a liter of water. I am queen of the sloth hikers with my backpack.

The last mile before our campsite was the toughest. When I finally reached the campsite, I was the last to get there. We spent some time sitting together in the clearing, swapping stories and getting to know each other. One of the guys even brought some IPA to share. After finishing our beers, we each made our dinner, set up our tents, and turned in for the night.

I fell asleep to the dull roaring of the river below and the creaking of the trees above me. Some time in the night, I woke up. When I took a peek outside my tent, there were stars in the sky above. I wasn’t expecting it to be clear enough for stars. A wildfire was raging not so far away and the smoke still clouded the air even as high up as we were.

I grabbed my camera, dialed in what settings I could remember from my photography lessons, and snapped away. After I snapped a few photos, I went back into my tent and snuggled back into my sleeping bag and fell back asleep.

In the morning, I was woken up to the dawn light. It was not fully bright yet outside and I can still hear my fellow campers snoring away. I figured I would creep about the camp and maybe take photos of the shrubbery in the dawn light.

After coffee and breakfast, we broke camp and began the trek back. It was a lot less hot on the trail since the sun was now shining on the other side of the mountain. Since I’m now hiking downhill and with my pack a little lighter, I had enough energy to be looking around me and appreciating the trees.

We finally made it back to the car. After loading up our bags, we made our way back to the city, civilization, and hot baths.