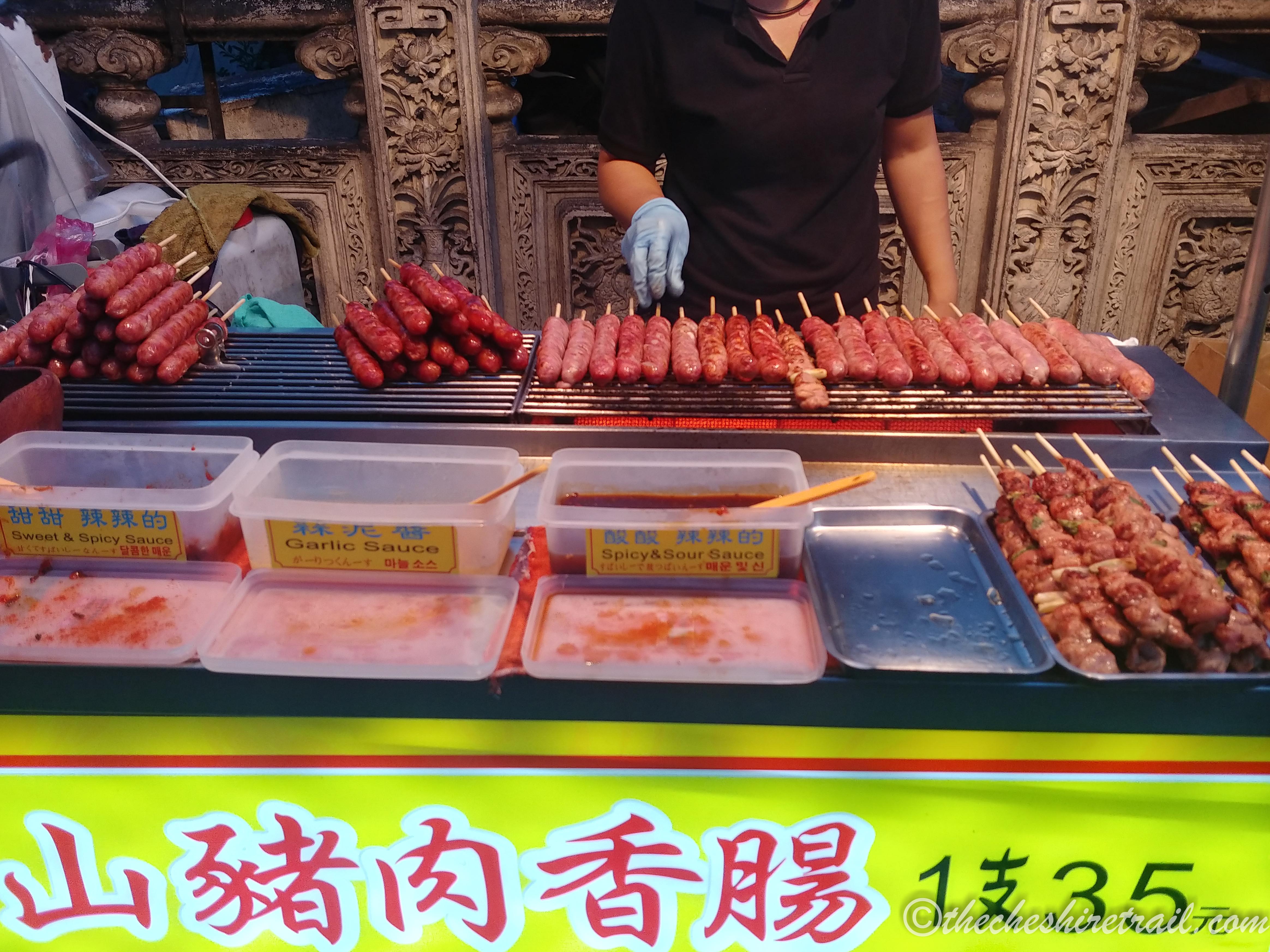 I planned on today being a free day for me since I had a whole day tour the next day. I slept in,woke up near noon time and found my way to the National Palace Museum. The plan was to catch the trolley from there and explore the rest of the city.

The National Palace Museum is huge. There are different kinds of exhibits in each of the 3 floors and basement of the main exhibition area. Another separate exhibition building can be seen outside. There is also a South branch located in Taibao City on the southeastern region of the country.

After I queued up and bought my ticket, I decided to have lunch before going in to see the exhibit. There are restaurants in the main lobby where you can buy food and beverages. Despite not wanting to eat rice, I opted to try their rice burger.It composed of a burger patty topped with a teriyaki-ish sauce and the usual burger veggies: lettuce, tomatoes, onion. The bun is actually rice molded into shape and crisped on the flat top. That and some coffee was enough to get my day started.

The museum being a popular tourist spot, there were so many people. Tour guides were herding flocks of tourists from one exhibit area to another. Not the place to go if you’re considering having some peace and quiet in a museum. There were a lot of exhibits of  beautiful art and intricate house wares from bygone eras. I found the displays of ancient texts and literature the most interesting. I tried to see if I could get lucky and catch a glimpse of the jade lettuce but the crowd was a bit too much for me and I decided to spend the rest of the day exploring Taipei instead of standing in line for who knows how long. If you intend to see the jade lettuce, a useful tip would be to go early, as soon as the museum opens, and make a beeline for the upper floor before the tour crowds arrive.

I caught the trolley right outside the museum and got off at the Museum of Fine Arts. It was closed that day so I decided to explore the park across the street and walk to the Taipei Story House. After a quick photo stop, I caught the trolley to main station and took the blue trolley line and enjoyed a narrated tour of the downtown area.

After finishing the tour, I took the MRT back to my hotel in the Shilin district, took a quick break from the outside to cool down in my hotel room’s AC, and went to the nearby Shilin Night Market to find dinner. It was still rather early for the dinner rush so I was able to take my time looking around and finally settled on some yummy grilled mystery meats on sticks and a hot cup of vermicelli soup. Some places claim to be Michelin starred, not sure if it’s legit but I personally think it’s well deserved. The steamed buns were also good. Cheap eats aren’t always so bad. Sometimes they’re pretty amazing if you know where to go (follow the crowds). I would suggest going before the dinner rush (6 pm or so) to avoid the crowds and long lines. It starts getting super busy after 8 pm.

I walk-ate my way around the rest of the market, got some steamed buns to go, and went back to my hotel room to relax for the rest of the night. Tomorrow is going to be another sweltering day of adventure.